The following article was originally written for the Scottish Terrier Club of America (STCA) Handbook. For more information on requesting scientific content for your own breed club publication, please contact Dr. Kristina at kbaltutis.dvm@gmail.com

To Store or Not to Store

For breeders interested in expanding their breeding program beyond the normal limits of biology, the opportunity to have their dog’s semen frozen can be appealing. Once semen is frozen, and assuming it is properly maintained, it can be thawed and used at any point in the future. This can eliminate many barriers to breeding related to time and distance. If you have a dog who is very genetically valuable, you could have his semen frozen today, when he is at the prime of his fertility, and still take advantage of his genetics in 2 years, 15 years, 30 years, or beyond. Working with frozen semen can also dramatically decrease the stress often associated with long-distance or international breedings. The frozen semen can be shipped well before it is needed, and as soon the bitch is ready for insemination, the semen is already there, waiting to be thawed and used. Even for local breedings, if the dog has a busy show schedule or breeding schedule, having frozen semen on hand can eliminate the last-minute panic of scheduling conflicts.

However, frozen semen is not without its weaknesses as well. When semen undergoes the freezing process, it undergoes significant stress and damage. This causes some of the sperm to die, and the surviving sperm are slower and weaker than they were before freezing. Frozen semen does not survive for as long in the female reproductive tract as fresh semen, and it does not have as much energy or swimming ability. Therefore, when planning a breeding with frozen semen, it is absolutely essential to determine the exact timing of ovulation via progesterone measurements, and then time the insemination accordingly. Furthermore, it is always recommended that frozen semen be placed directly in the uterus to decrease the distance the sperm have to swim to reach the eggs.

There are currently two techniques to place the semen directly into the uterus: surgical implantation and transcervical insemination (TCI). The process of surgical implantation involves putting the bitch under general anesthesia, making a surgical incision into her abdomen, and then injecting the semen directly into her uterus through the uterine wall. The process of TCI, on the other hand, involves passing a metal scope with a camera on its end into the vagina, advancing the camera until the operator can see the cervix, and then passing a catheter, through the cervical opening, into the uterus. The semen is then flushed into the uterus via the catheter. Because most bitches in standing heat tolerate the process of TCI without sedation or anesthesia, it has fewer risks than surgical implantation, and several studies have indicated that the whelping rate is the same for both procedures if performed by an experienced clinician. Currently, the cost of the equipment required for TCI and the difficulty of the procedure can make it challenging to find a veterinary clinic that is able to provide this service. TCI is becoming more widely available each year, but the availability of this procedure is an important factor to consider before making the decision to store a dog’s semen.

Even with these additional steps, the bitch has a decreased chance of getting pregnant from frozen semen than from fresh or chilled semen.  A recent study from New Zealand analyzed data on 1203 inseminations that took place at a veterinary reproductive specialty center and found that whelping rate was only about 71% with frozen-thawed semen, even with ideal timing and semen placement, whereas whelping rate was 80% with fresh semen.1 Although breeding with frozen semen opens many possibilities, a breeder should take into consideration the additional cost of achieving a pregnancy before making the decision to have their dog’s semen frozen.

Semen freezing begins with collection of the semen via manual stimulation of the dog. When a dog ejaculates, the ejaculate occurs in three “fractions” – first is the pre-sperm fraction, second is the sperm-rich fraction, and the third fraction is prostatic fluid. Although the third fraction is important during a natural breeding to provide volume to flush the semen into the bitch’s reproductive tract, it is actually harmful to the sperm during longterm storage. Therefore, when collecting semen for freezing, care must be taken to collect as little of the first and third fractions as possible, focusing only on the second, sperm-rich fraction.

Once the semen has been collected, it will be evaluated under a microscope to record information about its health. There are many factors that are evaluated as part of the semen evaluation, including color, viscosity, volume, morphology (shape) of the sperm, motility, concentration, and total number. Motility includes both total motility, which is all sperm that are moving, regardless of the pattern of their movement, as well as forward progressive motility, which describes the number of sperm that are swimming in a straight line forward. These are the healthy sperm that are on a mission for fertilization, which is what we want! Minimum values for “normal” semen are at least 70% progressively motile and at least 70% morphologically normal sperm. However, these values should ideally be higher in semen that is to be frozen, since the values will inherently decrease through the freezing process.

The freezing process itself varies based on the laboratory performing the freezing. Generally, semen extender is added to the sample and the semen is gradually cooled. There are dozens of formulas for semen extender, but they generally contain ingredients to provide nutrients for the semen and ingredients to protect the sperm’s membranes from the freezing process. Frozen semen is stored in one of two forms: pellets or straws. To store semen in pellets, the cooled semen + extender is dripped via a pipette onto a block of dry ice which has had shallow, uniform holes bored into its surface. The semen freezes into spheres almost instantly, and the pellets can then be transferred into vials, which are then stored in liquid nitrogen. To store semen in straws, the cooled semen + extender is injected into the straws and the ends of the straws are sealed. The sealed straws are then placed in several progressively colder steps, until finally they are plunged into liquid nitrogen.

After the semen freezing process is complete, a sample should be thawed and re-evaluated. It is normal for motility of the semen to be decreased as compared to its motility before being frozen, but it should still ideally be at least 50% motile. If the semen had excellent motility immediately after collection, but poor motility after being frozen and thawed, it may be that the semen needs to be frozen with a different extender. In some cases, it takes multiple attempts at freezing before the best extender is identified for a particular dog. This is certainly a very important and worthwhile step since it enables you to store the best possible version of your dog’s semen.

The best time to have your dog’s semen collected and frozen is when he’s young, healthy, and in the prime of his fertility. Not only will this provide the best sample for freezing, but it allows for the flexibility to schedule additional collections if the first collection is inadequate. It also safeguards his genetics in the event that he was to pass away unexpectedly. In the event that a genetically-valuable dog did not have semen collected and frozen before he passes away, it is possible, in some situations, to retrieve a semen sample post mortem via epididymal semen collection. These samples are often less-than-ideal quality but can provide an opportunity to preserve his genetics if his semen was not frozen earlier.

A final important factor to consider is what will happen to your dog’s frozen semen if you were to pass away unexpectedly. Although some semen freezing banks collect this information at the time of collection, this is not always the case. Breeders may consider leaving money in their will for the payment of storage fees or leaving the stored semen to a trusted friend or family member. By making arrangements ahead of time, you will avoid the potential destruction of a valuable contribution to the breed’s genetic potential.

Although it is not without its challenges, storing frozen semen for use at a later time is an excellent option for some breeders. It can afford multiple opportunities to expand a breeding program beyond what normal biology would permit. Breeders are encouraged to reach out to their local reproductive veterinarian to gather more information on the opportunities in their area.

Dr. Kristina is a reproductive medicine enthusiast with an okapi obsession. She lives in Burlington, NC with her dogs, cats, chinchilla, and spouse.

[…] frozen when a male is young and fertile and then used years or decades later, etc. Take a look at this article for a detailed look at frozen semen. Freezing is tough on sperm, so TCI is a must if you’re going […] 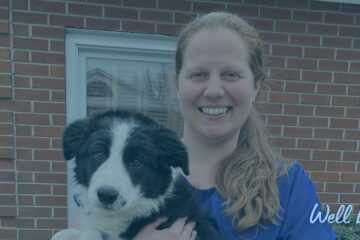 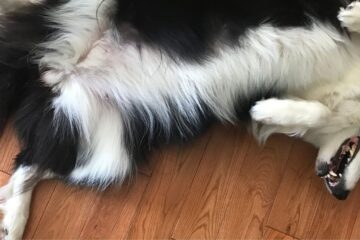 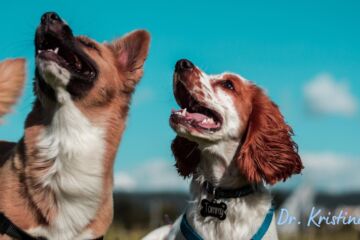